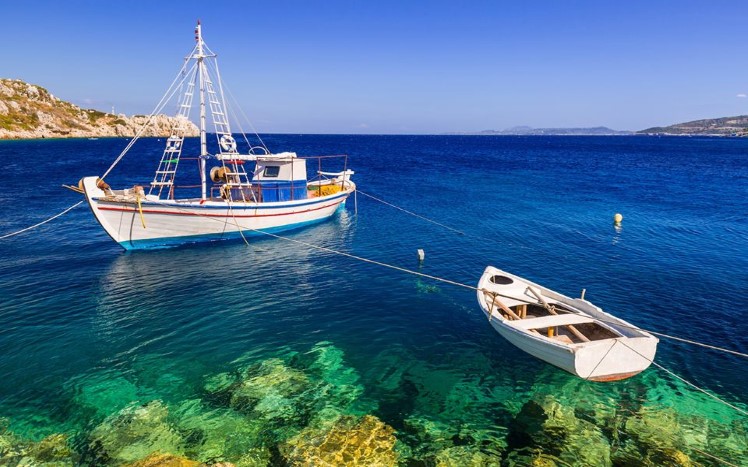 After disappointing revenue results from visitors in 2016, Greek tourism officials predicted more than 30 million will come in 2017, with hopes they spend, spend, spend. Greek National Tourism Organisation (GNTO) Dimitris Tryfonopoulos gave the estimate at the 2nd Delphi Economic Forum which drew a large audience to discuss critical issues affecting the country. With Cyprus seeing record visitors by changing its model to include tourism involving more than just the sun-and-sand model, Tryfonopoulos aid Greece will try the same approach and lure people interested in yachting, culture and food. “Tourism is an important asset of the Greek market; tourism is in our DNA and Greece can be in the top ten tourist destinations by 2020,” he said, the Athens News Agency reported, saying tourism growth can’t rely on getting people afraid to travel to other nearby countries involved in conflicts or instability, such as Turkey. Earlier, the head of Greek tourism body SETE Andreas Andreadis told Reuters that revenues in the sector could go up 9 percent this year and help bring a long-awaited recovery but that political instability could undermine it. Andreadis said 2017 tourism revenues could hit rise up to 14.5 billion euros ($15.36 billion) – after a 6.4 percent drop to 13.2 billion euros ($13.99 billion) in 2016. Tourist arrivals were seen increasing to 27 million visitors from 25 million last year, three million less than the government’s estimate. Tourism accounts for about 18 percent of Greece’s Gross Domestic Product (GDP) of 228.57 billion euros ($242.2 billion) and employs a fifth of the workforce. www.thenationalherald.com

After disappointing revenue results from visitors in 2016, Greek tourism officials predicted more than 30 million will come in 2017, with hopes they spend, spend, spend.

Athens and Piraeus by night

Half Day Tour in Marathon

Half Day Tour to Nafplion